Dr Kim does not discuss the pros and cons of sexual reassignment surgery nor does he advise patients whether they are a suitable candidate for the procedure. That is the responsibility of mental health professionals as recommended by WPATH Standards of Care. 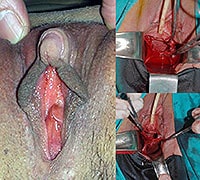 When a female to male transsexual has made the decision to get female genital modification, international medical tourism gives access to the best metoidioplasty surgeons and best solutions.

Metoidioplasty was pioneered and enhanced by the late Professor Dr Sava Perovic PhD. It has long been considered the premier single-stage surgical method for a female to male transsexual.

Dr Kim learned this procedure during years of hands-on live surgery training in Belgrade with the legendary Dr Perovic.

From then until the Professor passed away in 2010, doctors Perovic, Kim and Djinovic continually improved the function and appearance of this extremely advanced F2M gender transformation transsexual surgery which they have performed for more than a thousand patients. Complications such as fistula and stenoses have been almost totally eliminated. The need for blood transfusions when doing vaginectomies has been completely eliminated. 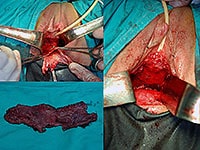 Their collection of “Tips & Tricks” have enabled the surgeons to get the longest penis possible unless a patient opts for multi-stage tissue graft phalloplasty.

Metoidioplasty result depends on the body constitution of the patient, not any particular procedure. The size is already pre-determined in your body. Everything is determined by hormone replacement therapy (HRT). Urethral advancement helps to unfold the clitoral body, not increase length. When the clitoral length is more than one inch, it may be possible to urinate standing after surgery. Mons resection is a basic component of metoidioplasty. It is included in the procedure so not mentioned and not an additional charge. Anesthesia used is sedation with epidural. I usually don't do scrotoplasty to create a single scrotal sac but I follow the patient's idea. Complete creation of neo-urethra is done after the vaginectomy. 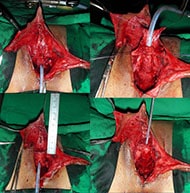 If the labia minora is abundant, Dr Kim will use that for the urethroplasty.

Patients are advised to recover in Seoul for two weeks after surgery.

The patient will have a silicone tube in the urethra for those two weeks. It is removed on the last day the person is in South Korea.

Testicular prostheses are included in the price quote.

Hormone injections should be halted four weeks before a female to male operation.

Some patients may need to use a vacuum pump post-op.

Sometimes Dr Kim prescribes Human Growth Hormone (HGH) therapy to increase penile length. This is not the same as pre-op HRT. It is most effective in young men and requires long-term treatment. In some cases, the increase in length can be substantial as shown in the photos on the right.