Conjoined Bilateral Pedicled Groin Flap FtM Phalloplasty, also known as Kim FtM Phalloplasty or Kim FtM Penis is about 35% more affordable than other FtM phalloplasty procedures being offered. FtM penis size is dictated by the details of the person's body and size.

There is no option about penis size but the neophallus can still be used to urinate standing and results in larger penis size than metoidioplasty.

The neophallus is big enough and long enough to accommodate a penile prosthesis implant to enable FtM erections & FtM sex.

The penis length resulting from Kim FtM Phalloplasty is slightly below the global average penis length for natal males in most countries of the world except India [10.1 cm (4")] and Korea [9.6 cm (3.8")].

Basically, the size and realism of a neophallus is directly proportional to the cost and number of hours in surgery as well as the skill and experience of the surgeon and the procedure used.

Conjoined Bilateral Pedicled Groin Flap FtM Phalloplasty and other phalloplasty surgery can be compared like cars: Kim FtM Phalloplasty is like a Hyundai passenger car — it works reliably, it gets you were you are going, it is good value for the money, it's safe, and the final result is aesthetically good.

Kim FtM Phalloplasty, results in a larger and better neophallus than radial forearm phalloplasty and metoidioplasty. 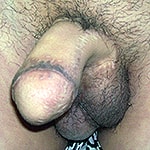 The results of more than 60 patients has shown the scarring is significantly less than radial forearm phalloplasty and is totally concealed by underwear or a swimming suit.

Total Phalloplasty is a more complex, difficult, time-consuming, costly, challenging procedure so the patient can get a longer penis with a very realistic effect that can be difficult to distinguish from the penis of a natal male.

After penile prosthesis implantation, the penis may get slightly longer and bigger. About 40% of patients decide to get a penile implant.

Conjoined Bilateral Pedicled Groin Flap FtM Phalloplasty is a three stage procedure but the order of the procedures is unique.

Stages must be at least three months apart.

The package price includes everything relevant to the medical nature of the visit to Seoul, including pickup from the airport (if arrival flight and accommodation details are provided and the complimentary service is requested). Airport pickup is only available from Incheon, not Gimpo airport, and only for patients coming for treatment costing US$3000 or more.

Not included in the package price would be food (other than meals provided while staying in the hospital) and lodging outside of the hospital.

No FtM gender reassignment surgery (SRS organ removal) is included in any stages of this FtM surgery except vaginectomy in Stage Three.

Total for all stages of Kim FtM Phalloplasty is US$27600.

Each of the three stages of phalloplasty requires an entire day of surgery by Dr Kim.

Dr Kim reserves the right to require general anesthesia be used when his medical opinion is that it would be in the best interests of the patient.

It is a good choice if nearly US$42000 for MLD Total Phalloplasty is too costly.

The surgical results are more modest but still good value for money and create an effective, useful penis.

Dr Kim says, BMI is not an issue for FtM phalloplasty patients:

Groin flap phalloplasty can be performed on very obese patients without a problem. But I need photos of the patient's trunk area in advance of surgery for proper and precise answers.

Recovery from surgery is swift.

On the day of surgery, a patient can walk from the operating table to his bed.

A Kim FtM penis enables urinating while standing and holding it — point-and-shoot capability.

Penis size is controlled by the size of the patient and donor site area, not the doctor.

It provides a penis competitive with the national average size of natal male penises in many countries.

The number of possible complications are more than you expect.

Infection rate for FtM penile prosthesis implantation is double the rate of natal males getting the same implant.

The primary complication of penis prosthesis implantation surgery is infection and the second is the risk of protrusion.

Possible complications from vaginectomy are many, such as post-operative bleeding.

He is trained and experienced in solving them effectively. Don't worry excessively.

Sexual Reassignment Surgery (SRS) and enhancements for FtM phalloplasties done elsewhere by other surgeons are available and include:

Metoidioplasty before phalloplasty is possible but not recommended.

Phalloplasty remains an option available to patients who have had metoidioplasty performed.

That increases the cost of the phalloplasty.

Metoidioplasty before phalloplasty may cause urethroplasty to require two stages instead of one.

The increase in cost depends on the variation of metoidioplasty the patient had performed but all 3-4 stages will cost not more than US$30,000.

Doctors around the world offer many variations of metoidioplasty.

Telling Dr Kim you have already had “metoidioplasty” provides him with little information.

When requesting an initial, free, long-distance evaluation, also tell us who performed the metoidioplasty, where, and when.

Dr Kim asks that a patient requesting a surgery date: